All are welcome for Partners in Formation

Home / Events / All are welcome for Partners in Formation 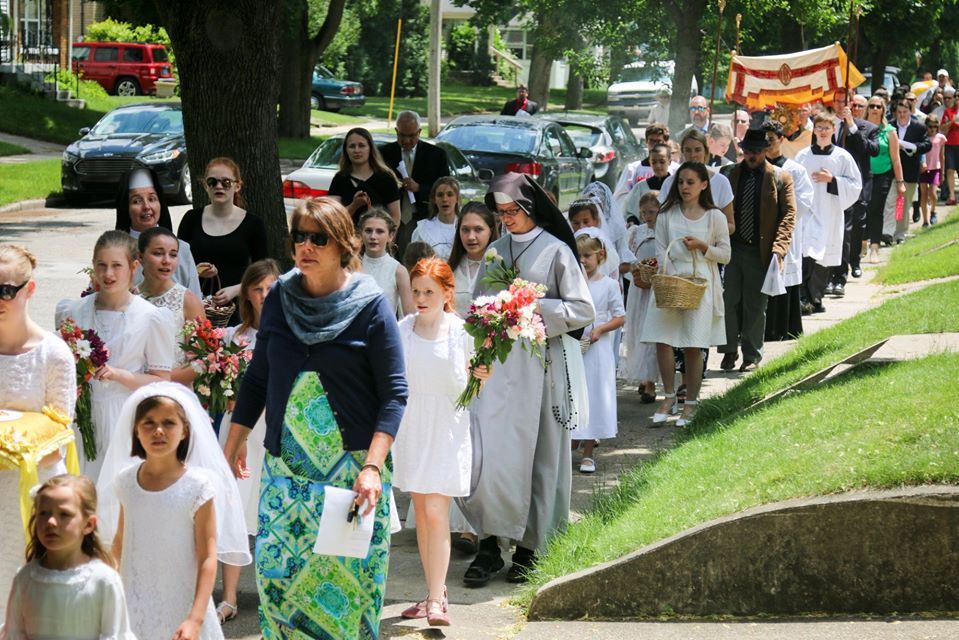 Please join us on Tuesday afternoons from Feb. 25th-March 31st for one or all of our seminars on Family & Community held at the Academy in the Newman Room. 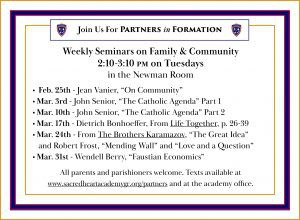 Sacred Heart of Jesus had an incredible Men's Wild Game Dinner on February 8th! A packed house!! Thank you to the many, many volunteers who assisted in making it a HUGE success! ... See MoreSee Less

We look forward to seeing you on Thursday, February 6th for our Authenticum Lecture. Dr. Ronald Rychlak the Jamie L. Whitten Chair of Law and Government at the University Mississippi School of Law will be delivering our next lecture titled: “Pope Pius XII: About those Archives”

Dr. Ronald Rychlak is the Jamie L. Whitten Chair of Law and Government at the University of Mississippi School of Law, where he has been on the faculty since 1987. Dr. Rychlak is an advisor to the Vatican’s delegation to the United Nations, secretary of the Southeastern Conference (SEC) executive committee, and a member of the Mississippi Advisory Committee to the U.S. Civil Rights Commission. He currently serves as president of the Southeastern Association of Law School and on and advisory boards for the Catholic League, Ave Maria Law School, and the Society of Catholic Social Scientists. He is the author or co-author of 11 books, including Hitler, the War, and the Pope, which the Vatican called “definitive” in its final report on Pope Pius XII. His book Disinformation, co-authored by the highest-ranking Soviet bloc officer ever to defect to the West, tells of the Soviet plot to destroy Western values by smearing Christian leaders, including Pius XII. He has been published in the Wall Street Journal, the Washington Post, and numerous other periodicals. Ron was also featured on CNN’s series on “The Popes.” He and his wife Claire have been married for 33 years and have six children and two sons-in-law.

This is not a lecture you will want to miss out on. The Lecture will be held in Sacred Heart of Jesus Cebalak Hall. There will be copies of past Authenticum lectures available at the event or you can access them online from www.authenticumseries.com. All adults of every age are invited. We hope to see you Thursday, February 6th. Doors open with Wine & Cheese Social at 6:30 p.m. and the Lecture will begin at 7:00 p.m. ... See MoreSee Less